SMC provides training in mediation, negotiation and conflict management in Singapore and around the region. We have over two decades of experience in training professionals, managers and executives as well as lawyers in how to conduct mediation.

Our highly-rated and interactive courses are taught by an experienced training faculty who combine the Harvard model of interest-based negotiations with a unique understanding of cultural nuances necessary in mediating disputes in Asia.

We offer public and private training programmes customised to an organisation’s needs as well as consultancy services to help organisations set up in-house dispute resolution systems.

We also offer two credentialing systems. These are recognised accreditations and certifications for mediators by SMC and the International Mediation Institute (IMI). Acquire the foundations of interest-based mediation skills through this two-day training.
Learn more Learn advanced mediation techniques in this three-day training which builds on the foundations of interest-based mediation covered in Module 1.
Learn more Equipping judges to be able to use mediation to quickly resolve suitable cases before them.
Learn more Have your skills as a mediator formally recognised by becoming an SMC Accredited Mediator.
Learn more Take the next step in your professional development by becoming an International Mediation Institute (IMI) Mediator.
Learn more

Conflicts at workplaces are unavoidable and if not handled properly, they could escalate into more adversarial and grievous situations that threaten employees’ morale and team work. Building a dispute resolution system and training your staff to manage conflicts quickly and efficiently can prevent conflicts from spiralling out of control.

At SMC, we provide consultancy services to help organisations, local and foreign, set up in-house conflict resolution structures. We are experienced in setting up mediation units and centres around the region, customised to each organisation’s needs. 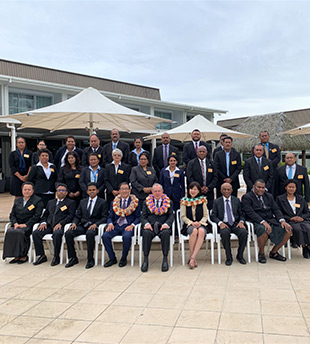 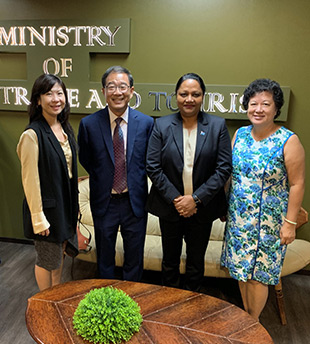 For example, in 2009, SMC was consulted on the running of Fiji’s registry for its then-newly launched Mediation Unit of the Ministry of Labour. SMC was later consulted again to set up a national centre, the Fiji Mediation Centre in 2016. Since then, mediation has been gaining popularity in Fiji as an alternative mechanism to resolve conflicts, grievances and disputes. SMC continues to organise mediation training yearly for the Fijian judiciary and others.

An effective dispute resolution system is made of three interlocking components, a supporting infrastructure, training of employees and developing in-house mediators.

We will help organisations evaluate their internal processes and create a supporting infrastructure for the dispute resolution system. This requires everyone in the organisation from staff members to senior management to agree to work together to create a positive and encouraging work environment, and to use dispute resolution methods such as mediation as a first resort instead of escalating conflicts.

Employees should be trained in strategic conflict management techniques so that they can better understand and cope with conflicts, as well as develop skills to end them positively.

Employees who have a natural flair for mediating may be groomed to be in-house mediators. They should be good listeners and be objective, and should be equipped with advanced skills to be neutral intermediaries when settling differences.